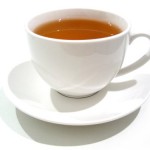 We all know that cigarettes can cause cancer, but did you know that drinking cups of tea may increase your risk of getting prostate cancer?

Well, that was the warning this week from scientists at the University of Glasgow after they found that those who drank seven or more cups of tea a day had a 50 per cent higher risk of being diagnosed with prostate cancer compared to men who had three or fewer.

The researchers spent nearly 40 years following the health of more than 6000 men for the study. Participants aged between 21 and 75 filled in questionnaires about their consumption of tea, coffee, alcohol, cigarettes, and their general health, and they also had a screening examination.

Almost a quarter drank at least seven cups of tea a day. Of these, 6.4 per cent developed prostate cancer. Researchers say those who drank the most tea were usually tee-total, less likely to be over-weight and had healthy life-styles.

The shocking news about tea came as quite a surprise to many, particularly because the last time tea was mentioned in a health study, it was found to lower the risk of cancer, as well as heart disease, diabetes and Parkinson’s disease. It’s health benefits are thought to be due to flavanoids – antioxidant compounds found in tea which can control inflammation, reduce excess blood clotting and limit narrowing of the arteries.

8 out of 10 people in Britain drink tea, getting through 165 million cups every single day. And until now they thought they were drinking something pretty healthy. So do male tea-drinkers need to start limiting the amount they drink?

I asked Face Clinic London’s Dr Mahmood if the results of the study suggested there a direct link between tea and cancer, “I don’t think we can conclude from this one particular study that tea causes cancer, no. I think all we can conclude is that in the sample of people that were looked at in this study those that drank more tea ended up developing cancer.” he said.

Prostate cancer is the most common cancer in men. 250,000 are currently living with it and every year 40,000 are diagnosed with the disease while 10,000 die from it. These are shocking statistics. Yet Dr Mahmood doesn’t think this study is anything for tea lovers to worry about. He said, “We cannot draw the conclusion from this study that anyone who drinks large amounts of tea are more likely to develop cancer.”

“There may have been other reasons other than tea for the higher rates of cancer in this study. For example, it may have been that the high tea drinkers in this study may have co-incidentally been older and therefore more likely to develop cancer anyway.”

So Dr Mahmood’s opinion is that you should read this study with caution. It does get rather irritating though – one minute we’re being told something is good for us, then it’s bad for us (or vice versa, as in the case of tea!) and it is difficult to remember sometimes what IS the current advice regarding a particular food and drink. Can I eat or drink it at all? Should I be consuming lots to get health benefits or just a little?

Well, Dr Mahmood’s advice is to take this kind of research with a pinch of salt, “We have to read many published studies with caution, as some can give misleading and unreliable results. The highest quality studies will include large samples of patients and will suitably account for all potential sources of bias. I cannot be entirely sure that this study has.”